New studies have revealed an alarming increase in electronic and menthol cigarette smoking among young people. 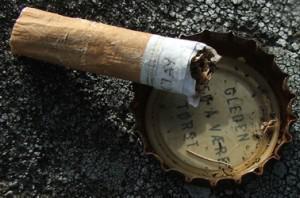 Electronic, or e-cigarrettes, are only available in South Africa with a prescription and a new study from the United States may prove the benefit of controlling the smoking devices.

A recent study by the US Centres for Disease Control’s (CDC) has found that e-cigarette use has more than doubled among US middle and high school students in just one year. Although e-cigarettes are generally marketed and used as an alternative to smoking, the study found that 76 percent of young e-cigarette users also smoked regular cigarettes.

“We are worried about the adolescent use of nicotine, because the adolescent brain is uniquely susceptible to addiction and nicotine is harmful to their brain development,” McAfee explained.

It is not surprising that children are attracted to e-cigarettes, which are sold in an assortment of sweet, child-friendly flavours including vanilla, cherry and chocolate, according to a statement released by Campaign for Tobacco-Free Kids President Matthew Myers.

An early introduction to nicotine may leave kids hooked for life, according to CDC director Dr. Thomas Frieden.

“The increased use of e-cigarettes by teens is deeply troubling,” said Frieden in an agency news release. “Nicotine is a highly addictive drug. Many teens who start with e-cigarettes may be condemned to struggling with a lifelong addiction to nicotine and conventional cigarettes.”

Menthol cigarettes, often favoured by younger smokers, are also increasing in popularity among youth, according to a study published in medical journal, Tobacco Control.

As part of the study, researchers surveyed almost 400,000 people aged 12 years old and older. They found that almost 60 percent of smokers between the ages of 12 and 17 years old smoked mentholated cigarettes.

Mentholated cigarettes are easier to inhale, particularly for beginners, and there is a general misconception that they are safer than regular cigarettes. “Menthol sweetens the poison, making it easier to smoke,” said lead researcher Gary Giovino of the US University at Buffalo in a news release.”Our findings indicate that youth are heavy consumers of mentholated cigarettes.”

The study also found that up to a third of smokers older than 25 also smoked menthol cigarettes.