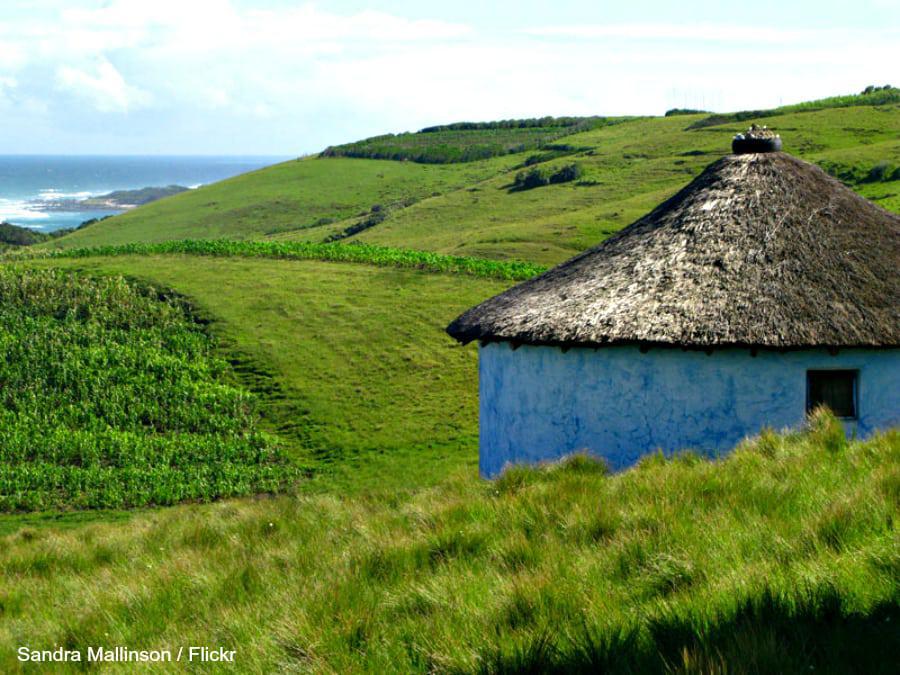 Life is hardest for people living in the Eastern Cape’s Alfred Nzo district, where fewer than six out of 100 households have inside taps.

New barometer reveals the haves and the have nots 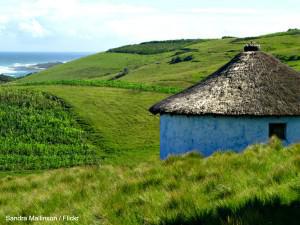 This is according to the latest District Health Barometer (DHB) 2013/14, produced annually by Health Systems Trust.

While Cape Town, Johannesburg and Tshwane residents have the best standard of living out of the countries’ 52 districts, the bottom eight districts are all in the Eastern Cape and KwaZulu-Natal.

Alfred Nzo, bordering Lesotho in the north-east of the Eastern Cape, has been rock-bottom for a number of years. Fewer than four in 100 people have medical aid, and only one in eight adults over 20 has a matric.

Meanwhile, President Zuma’s home improvements at Nkandla have not been able to lift that municipality out of the bottom 10 sub-districts, while Msinga, also in KwaZulu-Natal, is the country’s poorest municipality.

Deprivation was worst in “ex-homeland rural areas” according to a range of DHB indicators that covered income, unemployment, living standards and education.

But poverty did not always translate into bad health outcomes, as the richest and poorest districts have both been able to slash mother-to-child HIV infection to around 2,2 percent. A mere six years ago, 18 percent of babies in Ugu district of KZN were born with HIV. [quote float=”left”]”If you are going to die soon, your most likely killers are TB, HIV-related illnesses, pneumonia and diarrhoea”

The Eastern Cape remains the province to avoid if you need hospital services. Newborn babies were most likely to die in Eastern Cape hospitals, particularly in Nelson Mandela Bay (Port Elizabeth) where 25,7 babies per 1000 died (more than double the national average of 10,1).

All is not well in the Free State – particularly if you are a child.

The province’s Xhariep district should definitely be avoided. It had the worst incidence of pneumonia for children under five (156.3 cases per 1000 kids) and very high child malnutrition rates.

It also had the highest percentage of babies born HIV positive in the country (3,5%), which indicates that its prevention of mother-to-child HIV transmission programme is not working properly.[quote float=”right”]”The recent protests against poor health services in the Free State seem justified…”

Overall, the Free State recorded the highest level of severe malnutrition in children – 9.1 cases per 1000 children, which is double the national average.

In contrast, the Johannesburg metro reported the lowest incidence of severe malnutrition (1.3 cases per 1 000 children).

But the incidence of children with diarrhoea and dehydration has increased countrywide. It has more than doubled in a single year in the Free State (24.4 compared with 10.6). In Lejweleputswa, there has been 330 percent increase and in Fezile Dabi, a 243 percent increase.

In contrast, Gauteng’s Sedibeng district around Midvaal had the lowest child diarrhoea incidence in the country (4.2 cases per 1000 kids). Interestingly, the Cape Winelands had the highest incidence (30.2 cases), which shows all is not well in ‘paradise’ and could indicate poor sanitation.

Meanwhile, the recent protests against poor health services in the Free State seem justified. The province has the highest stillbirth rate (babies born dead per 1000 births), which is usually an indicator of poor care for pregnant women.

But the single worst performing district was uMgungundlovu around Pietermaritzburg in KwaZulu-Natal where 32,4 babies died per 1000 births.

If you are going to die soon, your most likely killers are tuberculosis, HIV-related illnesses, pneumonia and diarrhoea (which can also be HIV-related). But also in the top 10 killers are strokes, heart disease, diabetes, road injuries and interpersonal violence.[quote float=”left”]”Beware of other people if you live in the Western Cape, as inter-personal violence is the third biggest killer”

Beware of other people if you live in the Western Cape, as inter-personal violence is the third biggest killer (according to provincial figures drawn directly from mortuaries rather than those of StatsSA that drawn from death certificates).

Although TB remains our biggest killer, the TB cure rate for pulmonary (lung) TB is increasing very slowly. It was 75.8% in 2012 although the health department’s target is 80 percent. Gauteng and the Western Cape reported cure rates of over 80 percent, while the Eastern Cape, Northern Cape and North West reported rates of less than 70 percent.