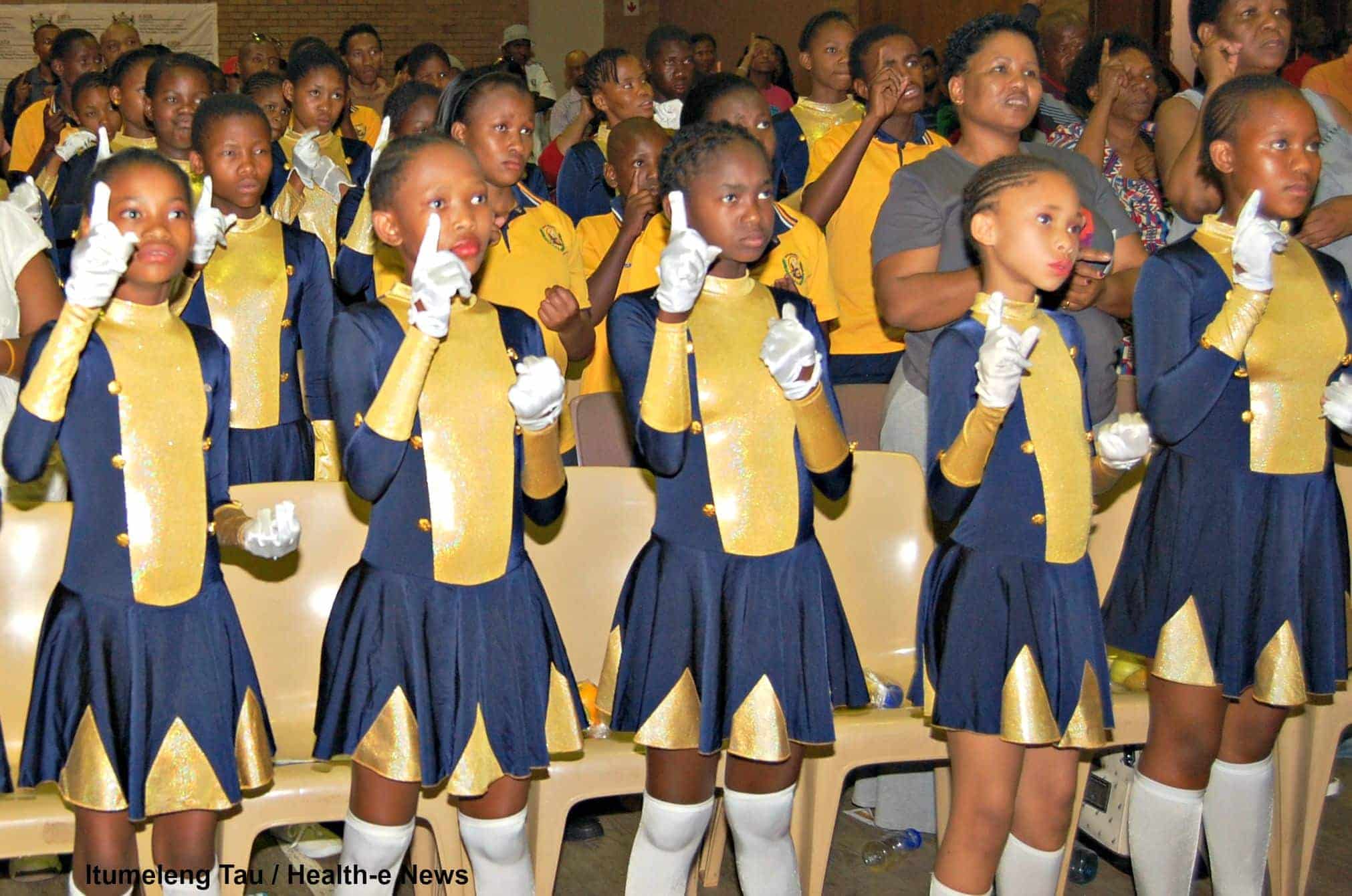 Born into a world of silence, most deaf children will only learn sign language at the age of six – if they are lucky. Years of silence may take their toll on small children during a crucial time in their development. 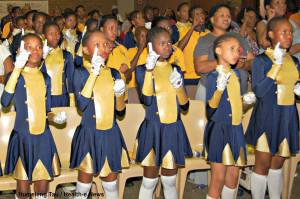 Learners at the Kutlwanong School for the Deaf sign the national anthem. About 20 percent of educators teaching deaf students have no knowledge of South African Sigh Language, according to a 2013 Cabinent-approved report submitted to the United Nations.

“When a child is born and is deaf, the mother does not know how to communicate with the baby,” says Kabelo Moloi, assistant director of South African Sign Language Development at the North West Department of Culture, Arts and Traditional Affairs. “Unfortunately, deaf children only learn sign language at age six when they start school.

“As the children grow they become frustrated because their parents don’t know sign language,” Moloi says. “(Children) miss out on a lot of developmental phases.”

Likho Bottoman works with the nongovernmental organisation Hi Hopes, which focuses on supporting deaf children below the age of four years and their families. According to Bottoman, as many as six in every 1000 babies born in sub-Saharan Africa may be born deaf. Most will never be formally educated, Bottoman adds.

“Most of the deaf babies and children don’t get an opportunity to go to school because society is not ready for them,” she tells OurHealth.

More than half a million disabled children of school-going age in South Africa cannot access any form of education, according to a Human Rights Watch report released in August. The report noted the need to make books in Braille more widely available and better training of teachers in sign language in order to improve education for the country’s deaf.

There are only two schools for deaf children in the North West, according to Member of the Mayoral Committee for Special Programmes in the North West’s Dr Kenneth Kaunda District Municipality Karel Lehloo.

Separate education systems not the answer

According to Moloi, while deaf children’s families lack information on schools, many families are also hesitant to learn sign language.

Portia Sean’s 10-year-old daughter, Reamogetse, attends the Kutlwanong School for the Deaf. Sean knows basic sign language but says her desire to better communicate with her daughter pushes her to continue learning.

He has also criticised the continued separation of deaf children into special schools.

“How will abled children know sign language if they study in schools separate from special schools?” says Lehloo, arguing that an integrated school system where deaf children attend mainstream schools was vital. “All schools must be equipped with resources that can enable children with disabilities and those with no disabilities to be integrated.”

Lehloo encourages parents to become advocates for their children.

“If parents remain silent, government will not know the challenges the children face,” he tells OurHealth.

Facing struggles to access education, unemployment among the hearing-impaired remains a problem.

Only 10 deaf people are employed in the North West Provincial Government, according to sign language specialist Thapelo Motlogi.

Sibone Kgethe is not deaf but both her parents were. When she was a little girl her parents used to take her along to town so that she interpreted for them as they did errands.

Kgethe is now a sign language interpreter at the Taletso TVET College in Mafikeng.