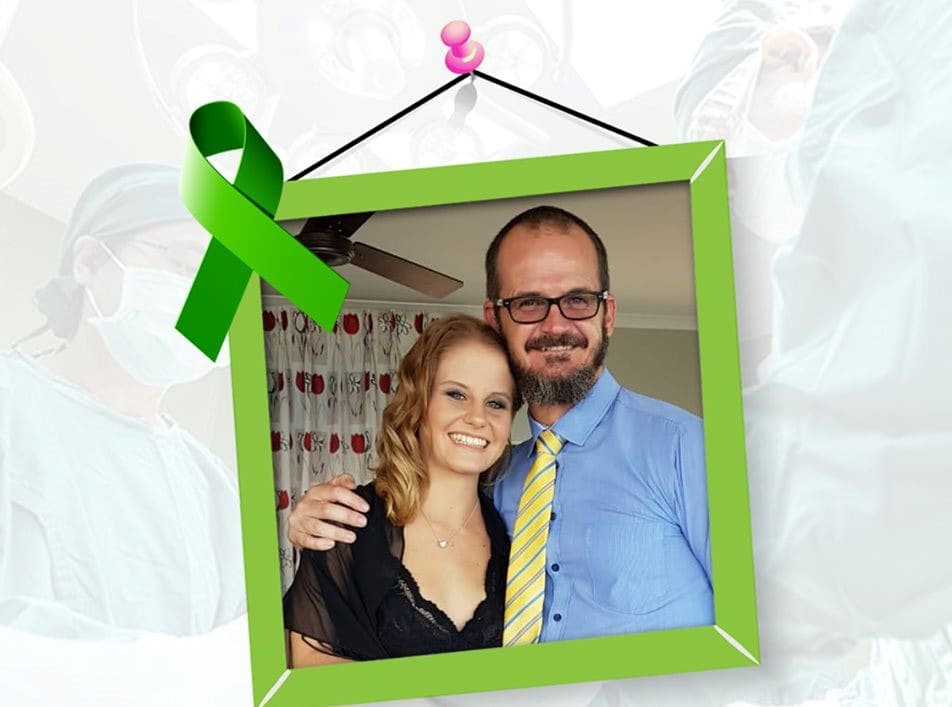 August is Organ Donor Month and kidneys are the most transplanted organ in South Africa.

Tanya Nel (22) has been on the waiting list for a kidney transplant for over a year.  She has a rare genetic disorder, NPHP3 allele (Nephrocystin 3) which results in end-stage renal failure, where a person’s kidneys can’t function optimally any longer.

“I was told I had a renal failure last year June then I was admitted to Gateway Hospital where I spent 19 days,” says Tanya.

According to her mother Annatjie when Tanya returned home, it was like having a new baby because of her deteriorating health.

“We’ve adapted to make her life easier as a family and worked together in helping her. August is Organ Donor Month [so] I wish most people who have a heart and [are] willing to help could register to donate… organs or tissues,” says Annatjie.

Tanya says she considers herself lucky because her father has been found to be a donor match and has offered part of his kidney.

“The test showed that he is a perfect match, and if all goes well, we will both wear the scars of his amazing gift in a few months,” says Tanya.

To those in need, having an organ donated is an invaluable gift.

According to Janet Legemaate of the Organ Donor Foundation, the more people become aware of the importance of organ donation, the more likely they are to register as donors.

Legemaate says there is a need for people to talk about being organ donors in their homes.

“Imagine that a close family member needed a transplant and asked themselves what they would do if they knew they could save their life.”

Stats show there are approximately 4 300 people in South Africa waiting for transplants yet 0.2 percent of the population are registered as donors.

“Hero777 has played a big role in registering organ donors [and have managed to get] around 28 000 organ and tissue donors,” says Legemaate. – Health-e News