While men are generally the perpetrators of gender-based violence (GBV), there are some who are doing their part to fight it.

Rape is not only a criminal act but also a health problem because of the possibility of sexually transmitted diseases, unplanned pregnancies, and mental health issues that arise in the aftermath.

Ever wondered why many survivors don’t talk about their sexual violence experiences? Watching Cheryl Zondi on the stand is all the answer you need.

The stories in the graphic illustration reveal the real testimonies of rape survivors sent in to Health-e News using the Izwi Lami SMS line.

While the true extent of rape in South Africa cannot be estimated and the under-reporting rate remains unknown, the apparent rampant rate of rape of young girls is fueling at least one woman’s fight to beat the scourge. This is the inside story of prosecutor Nickie Turner, a senior advocate from the Eastern Cape.

A general practitioner accused of raping a 17-year-old patient during a medical consultation at his surgery has appeared in court and been remanded in custody. 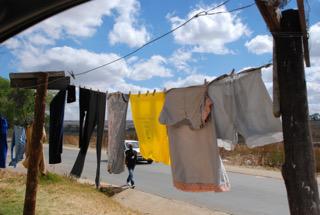 South Africa’s rape statistics are so muddled some experts call them “meaningless”. But the real challenge is to build a supportive environment that enables rape survivors to report the crime.

Naeemah is a survivor of sexual violence. This is her story of fighting back.