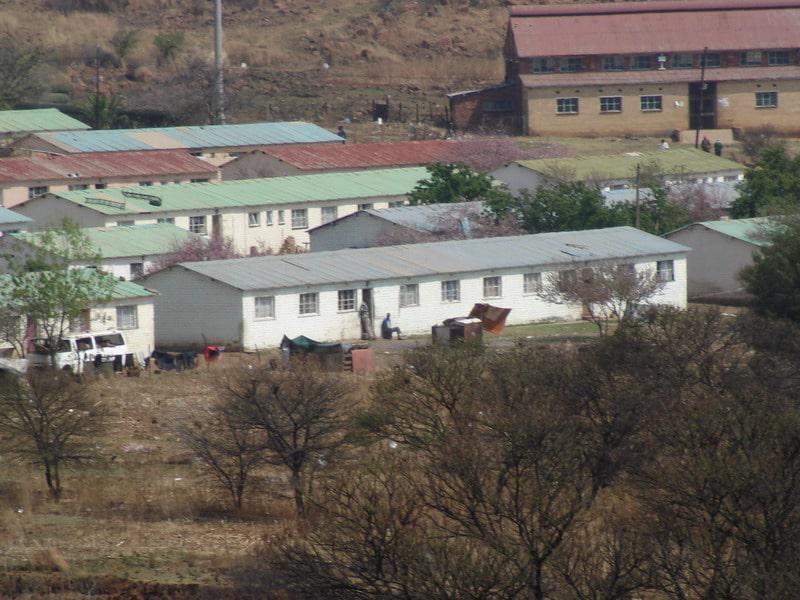 As post-municipal election politicking continues and the weather warms up, the Jabulani hostel community is Soweto is growing increasingly anxious about appaling health conditions in their area.

Last minute quick fixes and attempts to do repairs in the area in the days before the August 3 Muncipal Election have been left half done as Jabulani has fallen off the radar and is no longer receiving attention or even basic services.

Residents of the area were told back in 2009 that new flats were planned for the area, and that the old hostel buildings would be demolished. People were encouraged to get their documents in order and apply for this new housing. 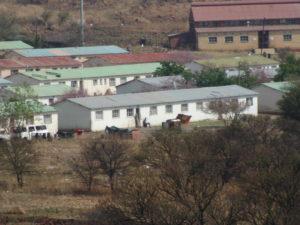 Zangesihle Zuma (28) from block 28/2 in Jabulani Hostel told Health-e News her living situation had since deteriorated and was now extremely bad.

“I have lived in this hostel since I was two years old. In 2009 we were called to a meeting where we were informed about the development of new flats and that we should apply for them,” she said.

“In 2013 our toilets were blocked, and then the outside drain also blocked. We tried to fixed it on our own but we failed. So we reported the problem to Mr Sehluko Dladla and Mr Siphiwe Nyembe, who are the Izinduna (men) in charge in this hostel. They took the matter up with our Councillor, Mr Shimane Motlhamme,” Zuma explained.

Yes, there are challenges that are in the old hostel like blocked drains and holes that have been left unattended. But for now, we do not have a way forward

But nothing happened for a long time. But then a high-level visit to the area was carried out in July, just weeks before the municipal elections.

“Mr Dan Bomvu from Human Settlements; the Mayor, Mr Parks Tau and our ward councillor Shimane Motlhamme did come and interview us about challenges that we are facing here in this hostel. They took photos of outside blocked drains and even refused to come inside the houses as they said they were worried it might be even worse,” she said.

“On the 30 July the City of Johannesburg Municipality sent men to come and dig where there are blockages. But since then, those holes were left unattended and not even barricaded. Now these holes are not safe, and are dangerous to our children,” Zuma added.

“We also stay here with Mandlenkosi Chamane, whose health is not well after he had a stroke. He easily catches infections. We also have a four-year-old girl staying with us.”

Ellen Dlamini (59), also from block 28/2 in Jabulani Hostel, said: “I started staying here 2008. Now life for us is no longer good. There is a bad smell coming from toilets and drains that are blocked. Even when we prepare our meals, the smell is bad all the time and we don’t know what bacteria is affecting us.”

Fellow resident Sabelo Mkhize (31), has lived in the hostel for 12 years and is frustrated.

“It has become hard to live here but I don’t have another place to stay. Bad smells come in through the broken windows from the bathrooms. Even when we want to sleep we have to cover ourselves with blankets in order not to breathe in the bad smells,” Mkhize said.

“And now summer is coming, we are in big trouble. Mosquitoes will come to these blocked sewers and we might get malaria as well,” he added.

Clement Mzimela (41) has lived in the hostel for 17 years. He says he was promised new accommodation, but nothing has happened for years and no information has been given to the community.

Thoko Njoko (39) from block 30/2 in Jabulani Hostel said blocked toilets and drains had been a severe and ongoing problem for more than six years.

Hostel Induna (leader) Siphiwe Nyembe, when contacted for comment on the poor living conditions, said he was waiting for the newly appointed municipal managers to take charge.

“Yes, there are challenges that are in the old hostel like blocked drains and holes that have been left unattended. But for now, we do not have a way forward,’ Nyembe said.

Only once the new placements of council staff had been made could they report their problems to the correct managers.

Area councilor Shimane Motlhamme, who has been re-elected to the ward, said he was aware of the ongoing challenges at Jabulani Hostel.

“We need to start reallocating people to the new flats so that we will be able to demolished each block in the old hostel and build more flats,” he said. – Health-e News.